Stockholm, 10th August 2022 – In December of last year the Swedish game provider, Lady Luck Games signed a three-year co-development agreement with King Features Syndicate, a unit of Hearst. After months of hard work, dedication, and collaboration with mathematicians, the development team, artists, and designers the first game of this exclusive partnership is finally released. Adventures of a private, Beetle Bailey, can be now enjoyed by players at Adjarabet in Armenia.

The Beetle Bailey slot has 4 reels, 3 rows, and gripping 81 ways to win. The graphics are based on a comic strip, created by marvellous cartoonist, Mort Walker, that has been entertaining the world since September 4, 1950. The action of this game takes place at the Camp Swampy, which is located near the town of Hurleyburg. Our audience can see on the reels main comic characters, such as Bailey himself, Sarge, Miss Buxley, Cookie, and off-reels General Halftrack, Otto, and Zero. Everyone in the army dreams about the Day Pass, and players should to, as it acts as a Wild symbol, that substitutes all other symbols, except for special ones. Connecting Beetle and Snorkel anywhere on Reel 2 and 3 triggers the “Wild Wake Up” feature, which is a fight, after which 3 to 6 Wilds will be left on the reels 2 and 3. The two “Wild Wake Up symbols” will be always replaced first. Another great feature is Camp Swampy Golf Bonus, where players drive around the camp, picking up prizes and golf balls. If they manage to bring the ball home, they will be rewarded, but what stands in the way are grenades, that can blow up the jeep. The game has also a buy bonus feature, where players can choose between those two fantastic features. Last, but not least is the gamble feature, which gives a chance of doubling the win up to four times.

From the 10th of August players at Adjarabet will have a great opportunity to enjoy this fantastic game exclusively.

Mads Jørgensen, Co-Founder and Chief Executive Officer of LL Lucky Games AB said: “Beetle Bailey is the first branded game in our portfolio. It is an absolute pleasure for us to provide this stunning slot to Adjarabet for Armenian players. We are also very happy about the King Features collaboration and will deliver more branded content in the future”.

“Branded games always bring more attention, especially well-known comic characters, like in the Beetle Bailey. Therefore, we are very happy about this release and awaits players’ feedback. We are in a process of adding all Lady Luck Games content to our casino website and we also look forward to more exclusive content in the future. “said Saba Ugrelidze, Casino Operations Manager. 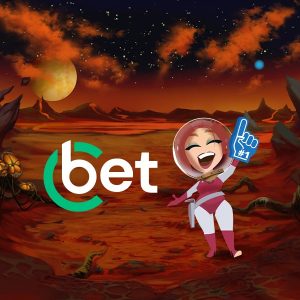