Despite only being founded in 2019, Lady Luck Games is already making a name for itself as one of the most unique slot developers crafting innovative games that are most definitely for the players.

The studio has shaken up the iGaming industry with original games such as Rooftop Fight, Weight of the Gun and Mr. Alchemister with no intentions of stopping anytime soon with a recent deal signed with King Feature to develop branded slots based on Flash Gordon and Popeye. It seems like their next slot, Madame Clues, looks to be another hit for the studio.

Fortunately, we at Slot Gods are media partners with this fantastic studio and have been given an exclusive insight into Lady Luck Games upcoming slot Madame Clues that is due to be released in January 2022. We spoke to Mads Jørgensen, the co-founder and CEO of Lady Luck Games, about the upcoming slot and how they are standing out from the crowd.

First and foremost, can you tell us a little bit about Madame Clues and the story behind this slot, what can players expect when they load up this game for the very first time?

Mads Jørgensen: Madame Clues is an exciting new slot set in the arcade of an amusement park where players are invited to step up to the crystal ball of Madame Clues, a mysterious Fortune Teller who can predict the future, which we hope proves lucrative for those who dare seek her wisdom.

When we first started developing this slot, we had diversity and innovation at the forefront of our minds. As ambitious gaming providers, we knew that if we wanted to succeed then we needed to be able to offer something special that met the demands of modern players.

We could have quite easily chosen to make this into another classic 3 or 5-reel slot that would have satisfied some players, but instead, we wanted to offer something completely different that had never been seen before.

Madame Clues was developed exclusively for those players who want more from their online slots, it’s an innovative game that has no traditional reels or paylines, but instead, a single symbol win.

Lady Luck Games has a history of creating unique slots that stray far from the traditional 5-reel setup, Madame Clues sees only one symbol land on the reels, how does this work?

Mads Jørgensen: Lady Luck Games has a history of creating unique slots that stray far from the traditional 5-reel setup, Madame Clues sees only one symbol land on the reels, how does this work?

The mechanics of this game are incredibly straightforward, as there are only single symbol wins. That means that every time a paid symbol appears on the reel (Madam Clues’ crystal ball), players are rewarded with an instant cash prize.

Every time the Raven appears the Look Deeper Bonus feature is triggered and every time the Owl appears the free spins feature begins, with a multiplier up to 128x, that can see players win up to 23,040x their bet.

The only symbol players should be truly wary of is Death, if this unfortunate premonition appears within the crystal ball, then no prize is awarded at all.

Aside from the unusual base-game mechanics, we were really intrigued by the Look Deeper Bonus. What was the thinking behind this, and do you think more slots will utilise similar features in 2022?

Mads Jørgensen: The symbol splitter mechanic is something that’s existed within the industry for a couple of years now, however, it’s not yet been adopted widely. Our mechanic acts slightly differently to other games that have utilised it before though.

Usually, symbols split into a maximum of 4 new ones, however, we decided to take it a whole step further by splitting symbols into 4, and then splitting them again up to three more times. This means that there can be up to 64 symbols in play at once.

How important is it for slots like Madame Clues to stand out in terms of features and design, especially in saturated markets where there are a lot of games competing for the same players?

Mads Jørgensen: It’s extremely important to us that Madame Clues stands out amongst the crowd, especially considering iGaming expands to a lot of markets that haven’t yet been fully explored.

In time we might discover that classic 3 and 5-reel slots aren’t what a specific audience is interested in, therefore we’ll be able to step in and offer those players something unique that’s much better suited to their style of gameplay.

We strongly believe in our products at Lady Luck Games and Madame Clues is a very special game to us. We have a strong belief in its success.

There’s a whole new generation of online slot players out there that have been yearning for something truly ground-breaking and innovative. We’ve spent the last year delivering exactly that with titles such as Rooftop Fight, Mr. Alchemister and now Madame Clues, and can’t wait to continue doing so throughout 2022. 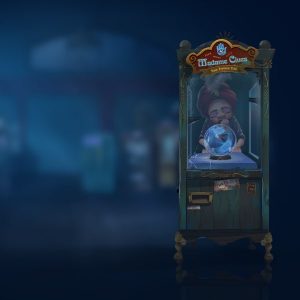 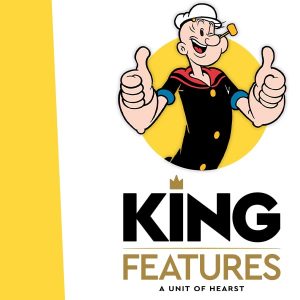 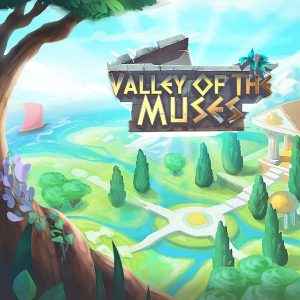 New slot: Valley Of The Muses

In ancient Greece, at the foot of Mount Olympus, that’s where you’ll find the valley…